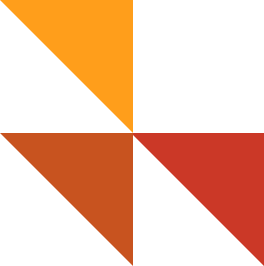 Our mentors are a core component of our ecosystem of support in the Accelerator. They serve as trusted advisors to our social entrepreneurs and are skilled practitioners, experts in a wide-range of fields, and seasoned leaders. Mentors advise and support our social entrepreneurs, coaching them through their biggest challenges and walking alongside them on their journeys to change the world. 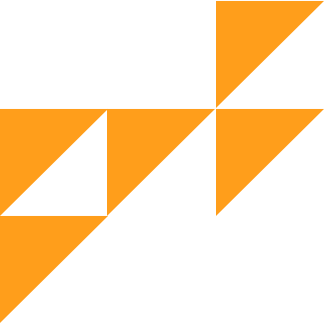 Meet a Few of Our Mentors 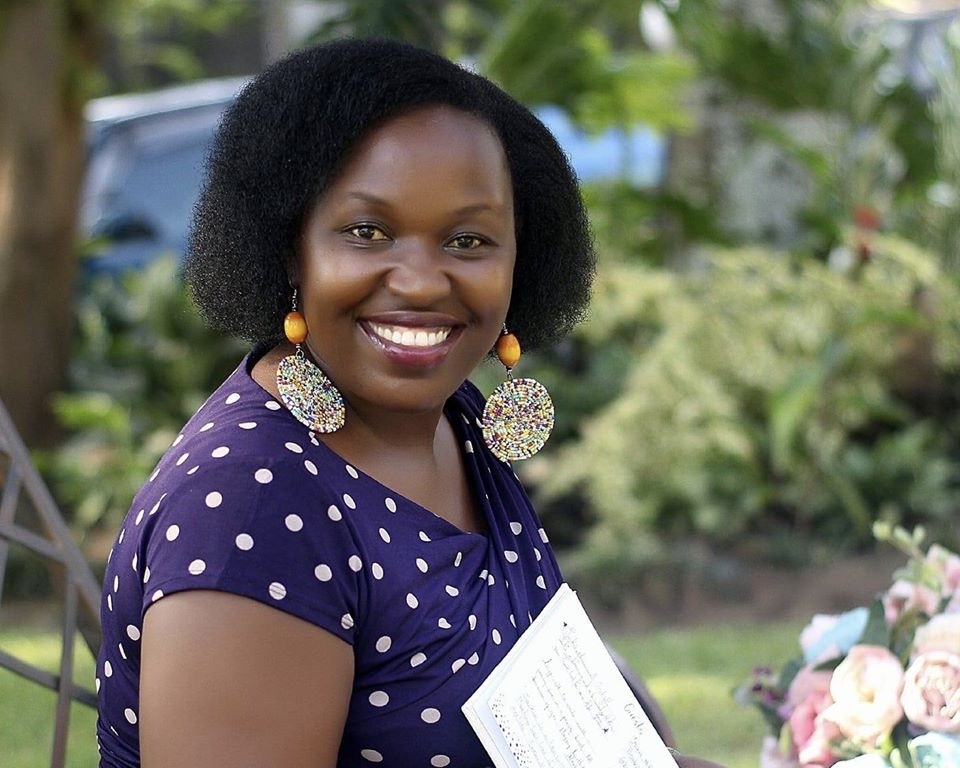 Nankunda is a Teacher and Counselor by profession with 14 years experience working closely with students in schools and parents in communities. She is the founder and Executive Director – Raising Teenagers- Uganda working to create safe spaces for young people with strong emphasis on Menstrual Hygiene Management for the vulnerable girl child as well as Guidance and Counseling services for young people in schools. She has been celebrated as a change maker focusing on her program of Menstrual Hygiene Management for Vulnerable Girls in schools and communities. Nankunda is a member of Girls Not Brides Global Partnership to End Child Marriage and Coordinates the Central Region in Uganda under Girls Not Brides Uganda Alliance working to end child marriage in Uganda with over 90 Organizations located in different parts of the country. Her main objective is to empower the girl child through advocating for their right to education and good health. She is a member of East Africa Child Rights Network working to protect the rights of Children as a mother, a mentor, a trainer and Human rights activist. She has engaged in various global and regional processes including speaking at the United Nations Commission on the status of women- CSW62 and CSW63 as she promotes the agenda of Keeping Girls in school and Ending Child Marriage as well as campaigning for Gender Equality at all levels. She is a member of the Language, Gender and Leadership Network that aims at enhancing the economic development and welfare of women and girls supporting their careers and aspirations to become a successful generation of Leaders in businesses and politics in Africa and beyond. Her work focuses on addressing Sustainable development Goal 4 – Quality Education and Goal 5 – Gender Equality. Education is the only weapon we can use to change this world and make it a better place and it must be for both girls and boys. 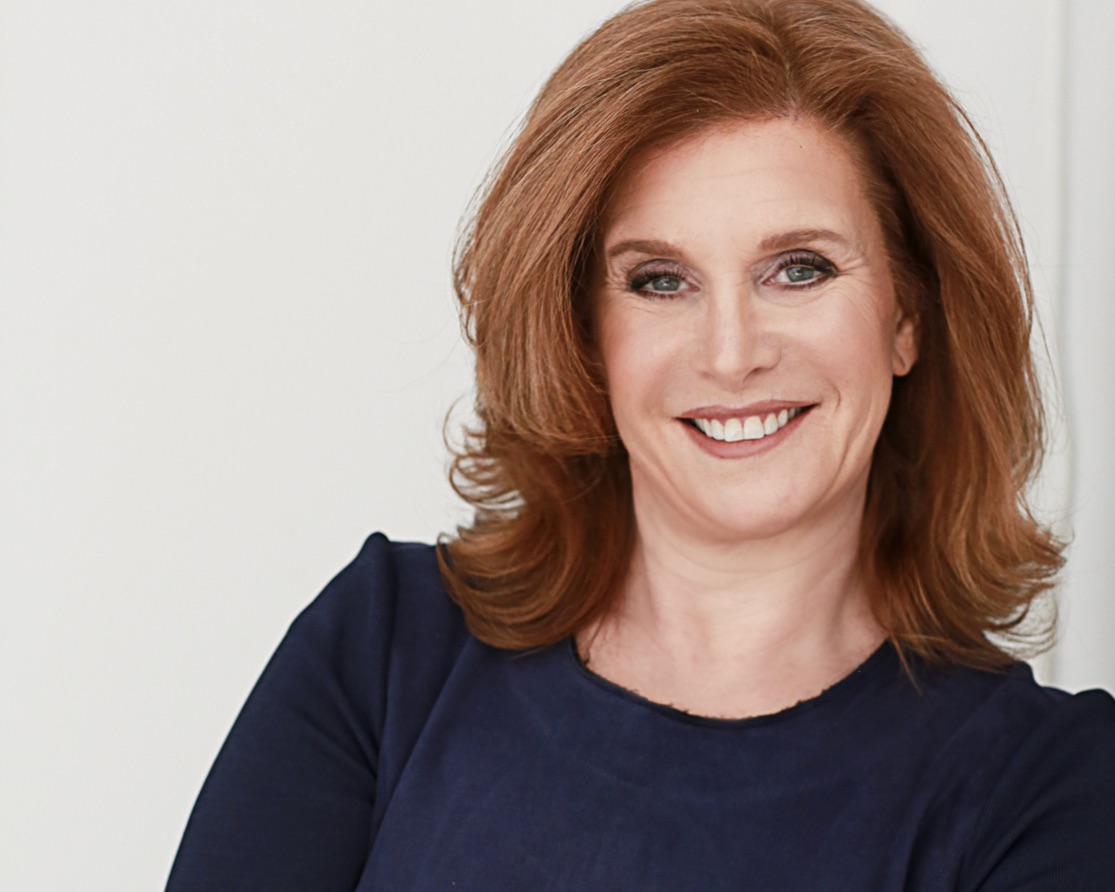 Co-Founder and Managing Partner at SPARK Solutions for Growth

Rachel Braun Scherl is a champion for women’s sexual reproductive health and a pioneer in the space. As Managing Partner and Co-Founder of SPARK Solutions for Growth, a strategic and marketing consultancy, Rachel has built an international client list that includes Johnson & Johnson, Allergan, Pfizer, Bayer, and Church & Dwight, as well as venture-backed start-ups. As a Vagipreneur®, Rachel drives growth with businesses from menstruation through menopause. While President and co-founder of Semprae Laboratories, Rachel and her team built a company that developed and marketed sexual health and wellness products for women – creating a new category. Semprae attracted significant media attention and industry interest and was sold to Innovus Pharmaceuticals in 2013. Rachel’s career-long findings and learnings are at the heart of her best- selling book: Orgasmic Leadership: Profiting from the Coming Surge in Women’s Health and Wellness. In addition, Rachel is a sought-after keynote speaker, board member and strategic advisor. 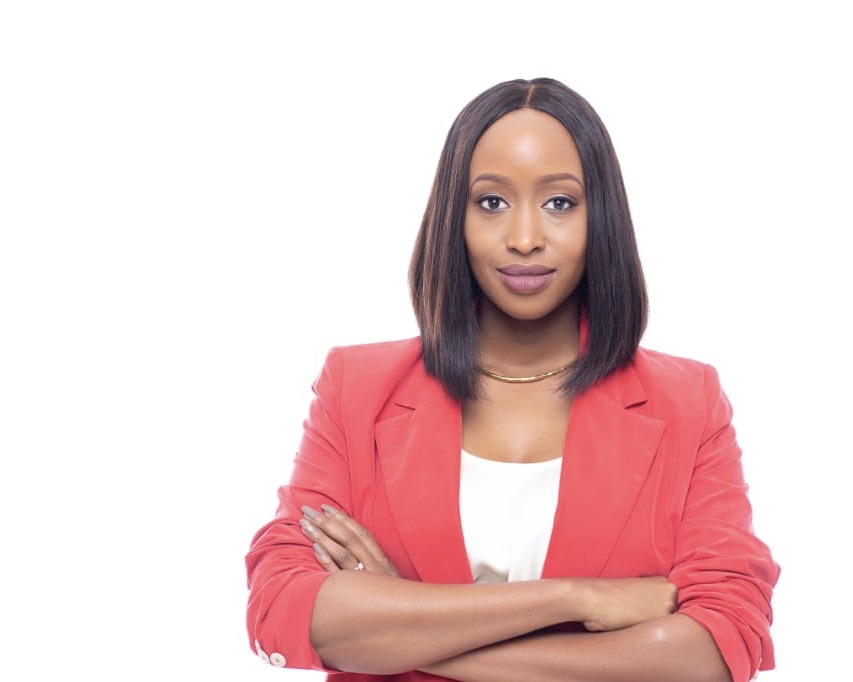 Founder/Trustee at the Inua Dada Foundation

Janet Mbugua is a Kenyan Media Personality and Gender Equality Advocate with a focus on Menstrual Equality. She is a TV Host with experience as a News Anchor, Reporter and Producer both in her country, Kenya and in South Africa. Her experience in Broadcast has seen her cover the 2010 World Cup in South Africa, the 2007 and 2013 Kenya elections and the 2012 U.S Elections. Janet started out in Radio at the age of 19 on Nairobi’s Capital FM. Years later at 23, she became the host of the popular travel show Out and About on KTN and later became a Prime Time News Anchor and Reporter, still on KTN. Janet was then headhunted for the position of News Anchor, Reporter and Producer by e TV in Johannesburg, South Africa, in 2009. She then returned to Kenya in 2011, where she joined Citizen TV as a Prime Time News Anchor, Reporter and Producer until April 2017. In 2019 curated and hosted a TV Show called Here And Now on NTV, which focused on socio-economic and political issues affecting young people. Janet is the founder of the Inua Dada Foundation, an organization whose mission is to create a supportive and accessible environment for primary school girls in Kenya by conducting research to identify issues that hinder learning and working collaboratively with strategic partners to implement sustainable solutions. With a focus on Menstrual Health Management (MHM), the organization has empowered more than 12,000 girls over the last few years and held various media and advocacy events that have reached thousands of people. The organization is moving towards being largely advocacy based and will be releasing a publication in 2019 to influence policy change and de-stigmatize conversations around MHM and SRH. In July 2017 she began consulting for The Hive, a US Based organization seeking to amplify Gender Equality messaging in Kenya and other African countries. She is the Project Lead for #Better4Kenya, their first campaign in Kenya. Some of her achievements include: Being named as one of the top three best News Anchors in Kenya by the Media Council of Kenya Brand Ambassador for the Lifebuoy Help A Child Reach 5 campaign, representing Kenya globally Recipient of the Top 40 Under 40 Award by Business Daily Africa, 2015 Being named one of the Top 25 Women In Digital Media in Kenya, in 2018 MC/ Moderator for the opening and closing ceremony of the International Conference On Planning and Development (ICPD25) Summit 2019 In 2020, Janet released her first book, ‘My First Time’, a collection of short stories from women, girls and men on their first interaction with menstruation. The book is a tool for a much needed conversation around sexual and reproductive health and rights and a tool to influence policy change around Menstrual Hygiene and Management. 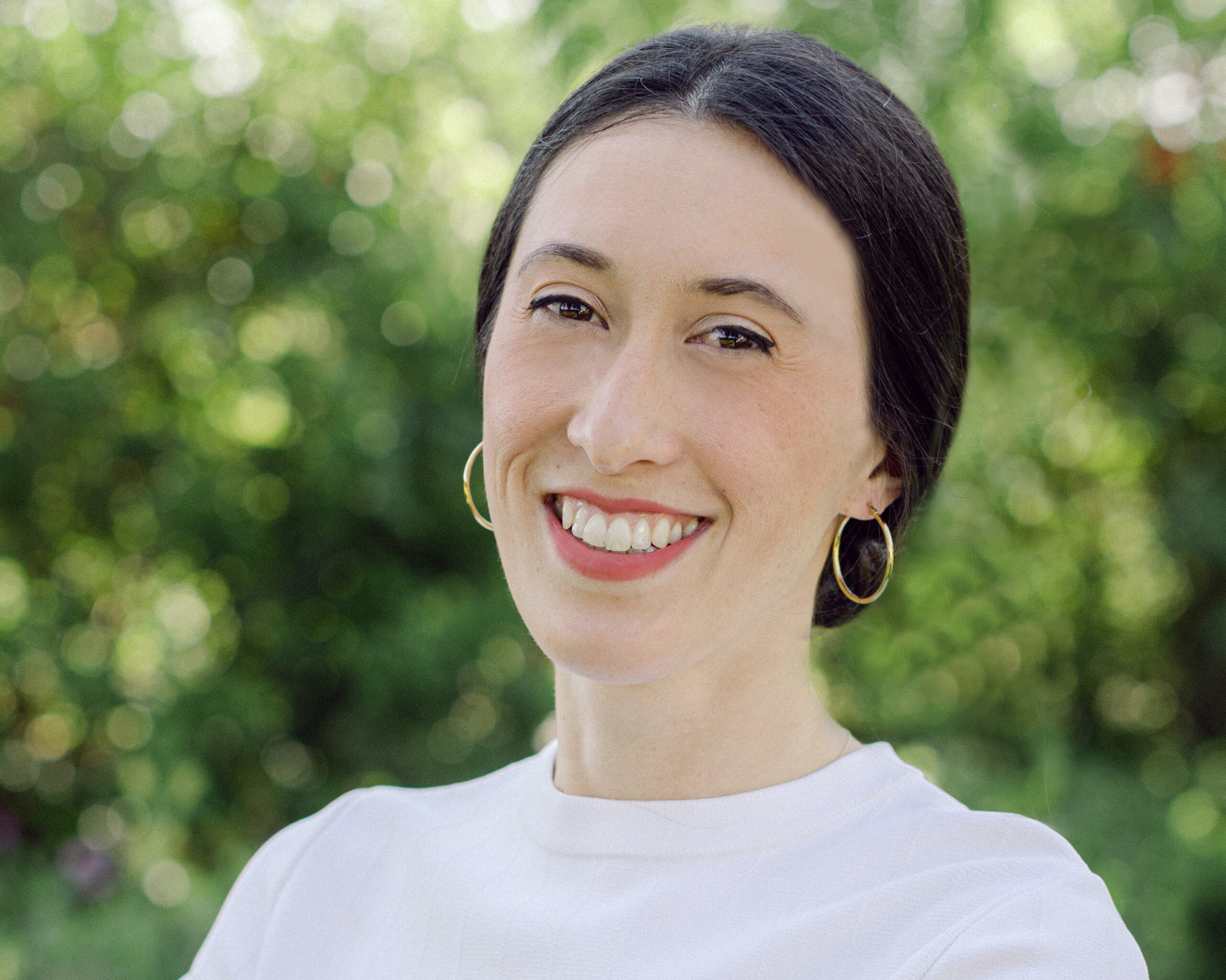 Founder and Creative Director at West of Here

Zandie Brockett 张桂才 is passionate about storytelling and building infrastructure that empowers representation and strengthens civic dialogue. She’s worked with over 100 artists, architects, musicians, writers, and filmmakers from China, the U.S., Latin America, and Europe to curate exhibitions and public programs, produce video campaigns and podcasts, as well as publish journals, zines, and academic research. She served as the Senior Manager of Engagement and Learning at the Annenberg Space for Photography (Los Angeles, 2019 – 2020 due to Covid), the Associate Curator of the Shanghai Project biennale (Shanghai, 2015 – 2017), the Studio and International Project Manager for Chinese painters Liu Xiaodong and Yu Hong (Beijing, 2012 – 2014). Recently, Zandie established West of Here, a creative lab that has produced original research for A24, collaborated with a U.S.-based social justice organization, and served as the creative mind and producer behind artist-forward branded projects in the U.S. and Asia commissioned by Louis Vuitton, Swire Hotels, Champion, Apple Beats, Swarovski, and NOWNESS. After living and working in China for nearly a decade, where she founded the cross-disciplinary cultural think tank, Bactagon Projects, and the visual literary journal 八家 Bajia, her independent work in Los Angeles, as a curator, producer, and cultural strategist presents visual narratives and oral histories that build trans-Pacific conversations and dis-Orient conceptions of the ‘East’. 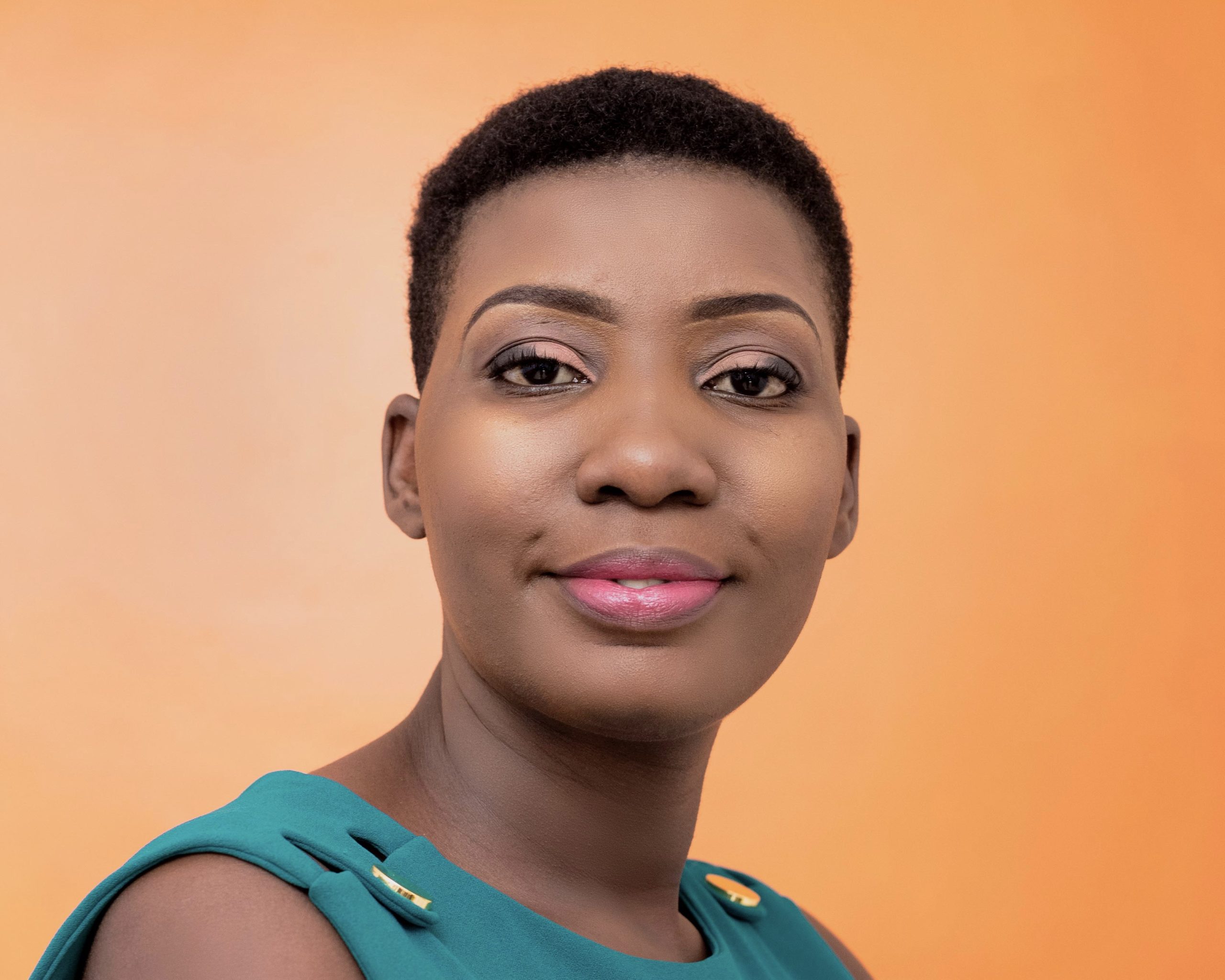 Diana is the Country Director & Co Founder of Days for Girls Uganda. She graduated with a degree in Business Administration with an emphasis in management and attended the American Express Leadership Academy at the Thunderbird School of Global Management. She is passionate about gender issues, and being part of the Days for Girls team has given her the opportunity to reach many women and girls in Uganda. Diana is married and blessed with 2 boys. 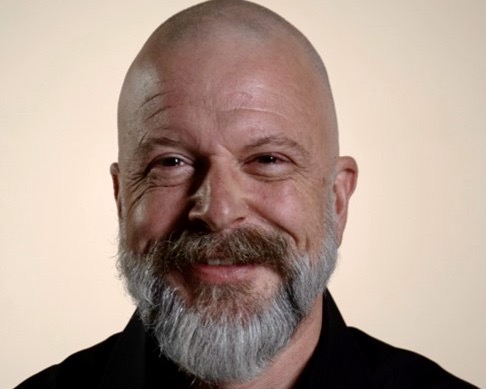 Michael has 25+ years of experience with Johnson & Johnson Consumer in Research, Development & Engineering for consumer health products in North America and Germany. In his current role his main focus is on social innovation, finding and incubating health related startup companies in sub-Saharan Africa. Michael holds a PhD in Chemistry from the University of Stuttgart, Germany. 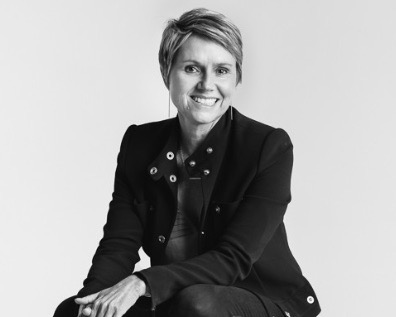 Kirsten Karchmer is CEO/Founder of Brazen and an innovator in precision medicine and digital therapeutics. She focuses on the software intersection of personalized plant based medicine, lifestyle wellness and bio-behavioral interventions for women’s health. She is an Integrative medicine practitioner and researcher with extensive experience in biomedical sciences, functional medicine, nutrition and digital health, mechanisms of mind-body healing and evidence-based phytotherapies. Kirsten has spent her entire adult career in the service of women’s health and has helped over 10,000 women over the last 20 years to improve their health, cycles, and fertility . In 2013, Kirsten translated her successful clinical programs into technology enabled platforms that provide an affordable and scalable fertility solution. Conceivable was named one of the most innovative health tech startups from MedTech in 2015, Best Fertility App by Healthline in 2016 and has been featured in TechCrunch, Fox News, The New York Observer, PSFK, The Daily Dot, and Huffington Post. Kirsten has presented at SXSW, Health 2.0, Fertility PlanIt, and lectures internationally on infertility, PCOS, endometriosis, women’s health, the future of integrative medicine, and using technology to better serve patients, providers, and healthcare systems. Kirsten has been recognized as one of the top female start-up founders to watch, the recipient of the Texas Trailblazer award for innovation in health care, and is a contributor to Huffington Post, MindBodyGreen, and Goop Magazine. Follow Kirsten on Facebook, Twitter, and LinkedIn. She is also author of the book Seeing Red. Austin, TX 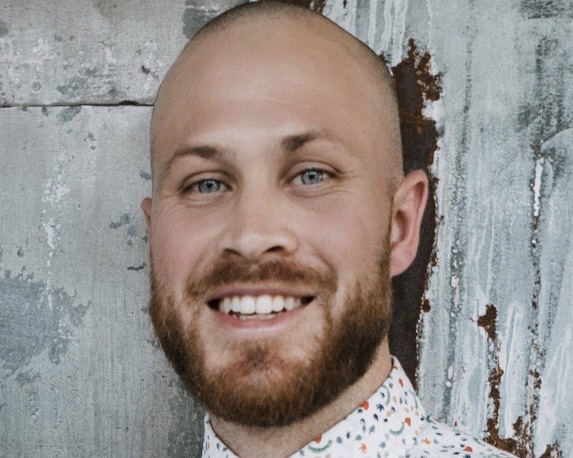 Christopher Shaw is a content and music producer currently based in Tokyo. After graduating from Duke in ’08, he established himself in the music and advertising industries in Los Angeles, producing global Apple ad campaigns at agency Media Arts Lab/Chiat Day from 2010-2013. He has also produced music for the ESPN 30for30 film When the Garden Was Eden, and for brands like Adidas, winning two Cannes Gold Lions in 2016 for best brand partnership and best original music. In 2017, Chris founded creative collective GBA Studios, through which he continues to help shape the cultural and visual language of brands like Champion and Beats by Dre. In addition to branded work, GBA has released the music project Good for the Soul, and seeks to advance racial equity through its Present Company initiative. 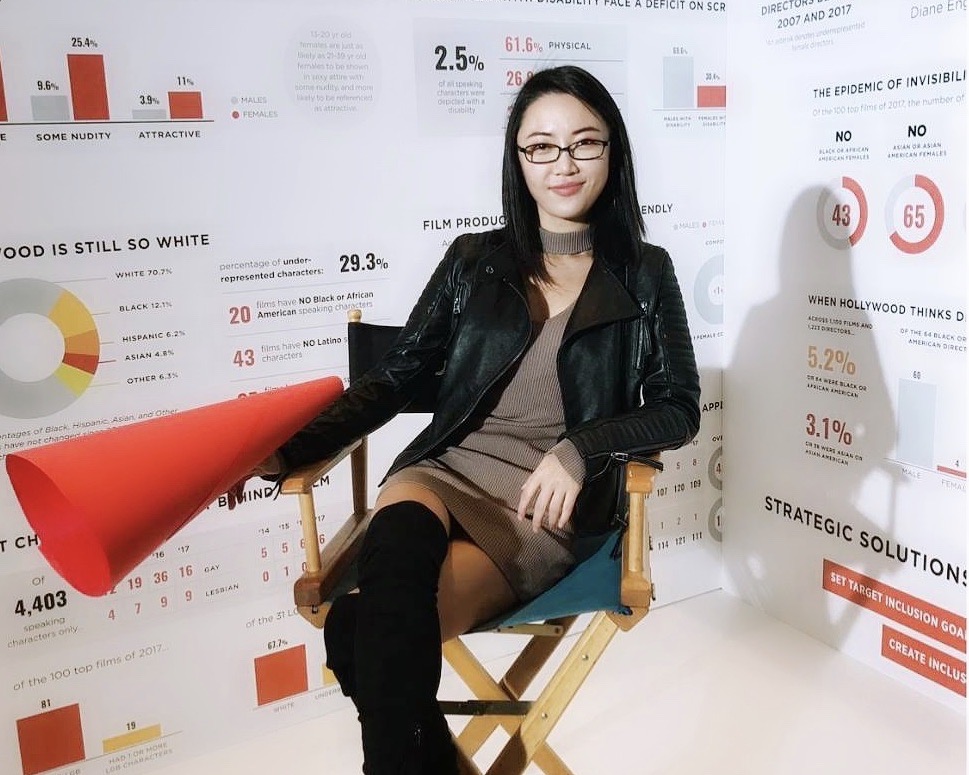 Bolin is the content policy lead at Netflix. She provides high-touch legal and policy diagnoses for some of your favorite shows, e.g. 13 Reasons Why, Sex Education, Stranger Things, and Chilling Adventures of Sabrina. Prior to Netflix, Bolin worked at YouTube as a Trust & Safety counselor, helping international creators navigate YT’s terms of service and community guidelines. Bolin holds a BA from Beijing Normal University, a MA from Duke, a JD from the University of Arizona, and an LL.M from Cardozo Law School. Bolin currently lives in Hollywood with her chihuahua Boba and a huge succulents collection. In her free time, Bolin draws manga, plays electronic music, practices yoga and meditation.

We want to work with you! If you’re interested in becoming a mentor, please fill out our Interest Survey.

Stay Up to Date

Keep up with our social entrepreneurs’ progress and the impact we’re making together. 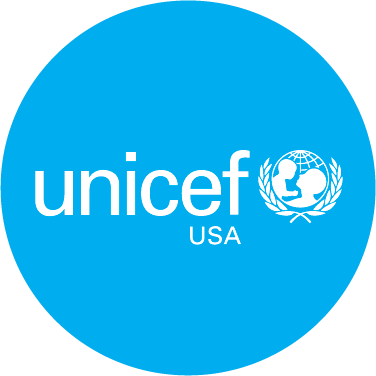