For many entrepreneurs who are now changing the world for the better, entrepreneurship was never the goal. In a popular session of the 2021 Duke-UNICEF Virtual Forum on Social Innovation, participants tuned in to hear four successful social entrepreneurs share how they started and grew into their careers—often taking circuitous or surprising paths.

The session was moderated by Madeleine Shaw, a social entrepreneur with decades of experience and author of The Greater Good, which delves into the growing movement of entrepreneurs whose ventures focus on creating social and environmental change.

Together, the group explored how they took very different paths to becoming social entrepreneurs, despite many of them never having entrepreneurial ambitions. “The idea of becoming an entrepreneur was at odds with my feminist values,” admitted Shaw. “Yet I came to see myself and entrepreneurship differently.” 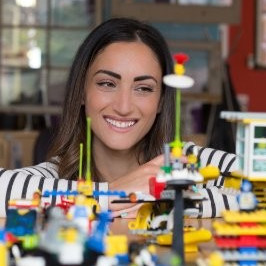 Ilana Ben-Ari is a designer who creates toys to promote soft skills like empathy and failure.

Growing up in Winnipeg, Manitoba, Ben-Ari dreamed of going to school for design in Ottawa, viewing school as her ticket to a different future. She worked hard to get a scholarship to her ideal school—but she learned that “being good at school has very little to do with being good at life,” and thus began her quest “to change what

skills we value and what skills we teach in schools.” As her final project, she created the Empathy Toy, which started her down the path to entrepreneurship—although she didn’t exactly set out to start a business, joking that the company was “a series of escalating dares that just got way out of hand.”

Of the Empathy Toy, Ben-Ari said, “In 15 minutes, you gain huge insight into how you navigate patience, frustration, and most importantly, creative communication.” 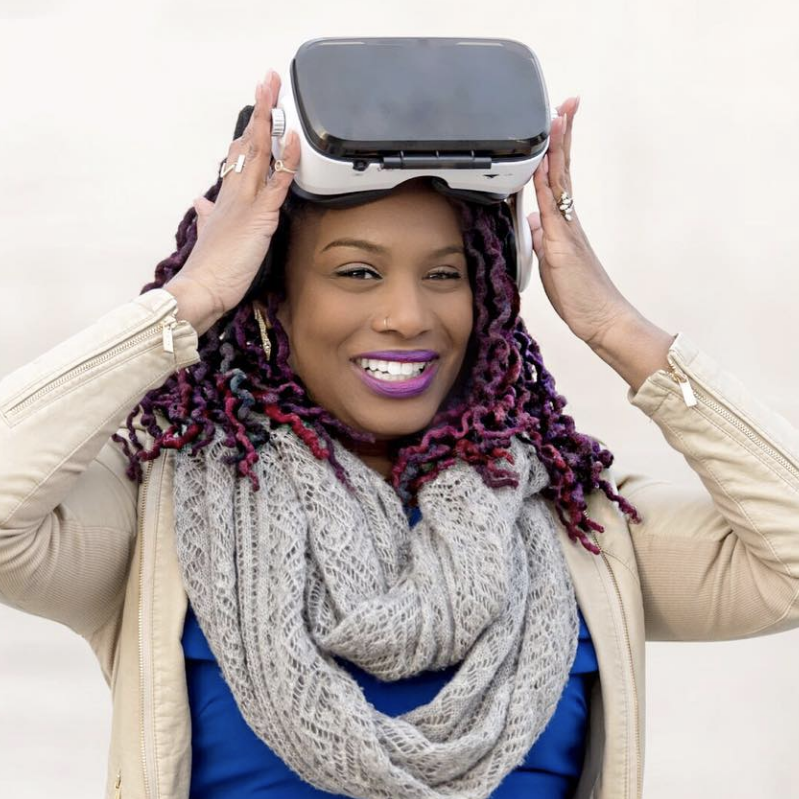 Growing up in poverty, Frazier never had any aspirations for college—yet in the course of her education, she realized something. “It wasn’t that I wasn’t smart, it was that I had to focus on survival.” As a result, she learned to be very efficient with schoolwork so she could spend the time she needed solving some of the impossible problems she faced as a child. When she became a teacher in Washington, D.C., and saw that her school couldn’t afford to send children to the amazing museums just a 20-minute drive away, she made a career change and worked to bridge the gap between museums and education.

After a trip to Silicon Valley where she first heard people talking about big ideas, she returned to D.C., sold her house and everything else, and returned to California to start working on her ideas to broaden access to educational resources using virtual reality and other tech.

“Silicon Valley has billion-dollar blind spots,” Frazier said. “I didn’t have to be super smart, and I didn’t have to have a top college degree. I just had to ask a question and be committed to answering it, no matter how simple it was.” 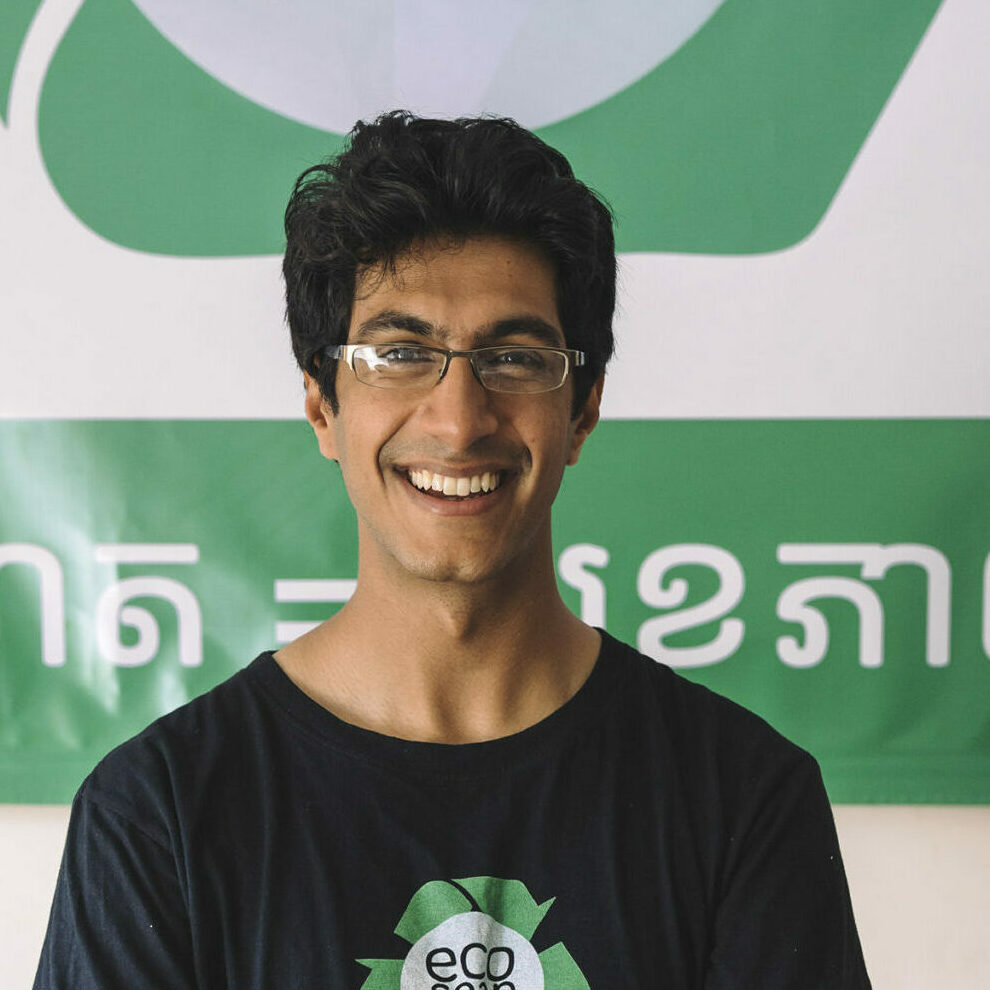 With a mother who raised her own siblings from a young age, and a father who was forced from his home country of Uganda during the Idi Amin regime, Lakhani says he is the person he is today because of his parents and their East African heritage. “Developing worlds and stories of home have always been in our household, and it has always been in my blood to return to those communities and make the biggest impact I could make.” Unlike the other panelists, he was interested in entrepreneurship from early on, participating in incubators and other opportunities. He said he’s driven by the possibility of making an impact at scale—and also because being an entrepreneur is “the most fun.”

When Lakhani was traveling through rural Cambodia, he was saddened and discouraged to see a woman bathing her newborn with laundry detergent. That night in his hotel room, he noticed that the housekeeping staff had thrown away a barely-touched bar of soap. This experience provided the inspiration to start EcoSoap Bank, which recycles soap waste and provides women with economic opportunities. 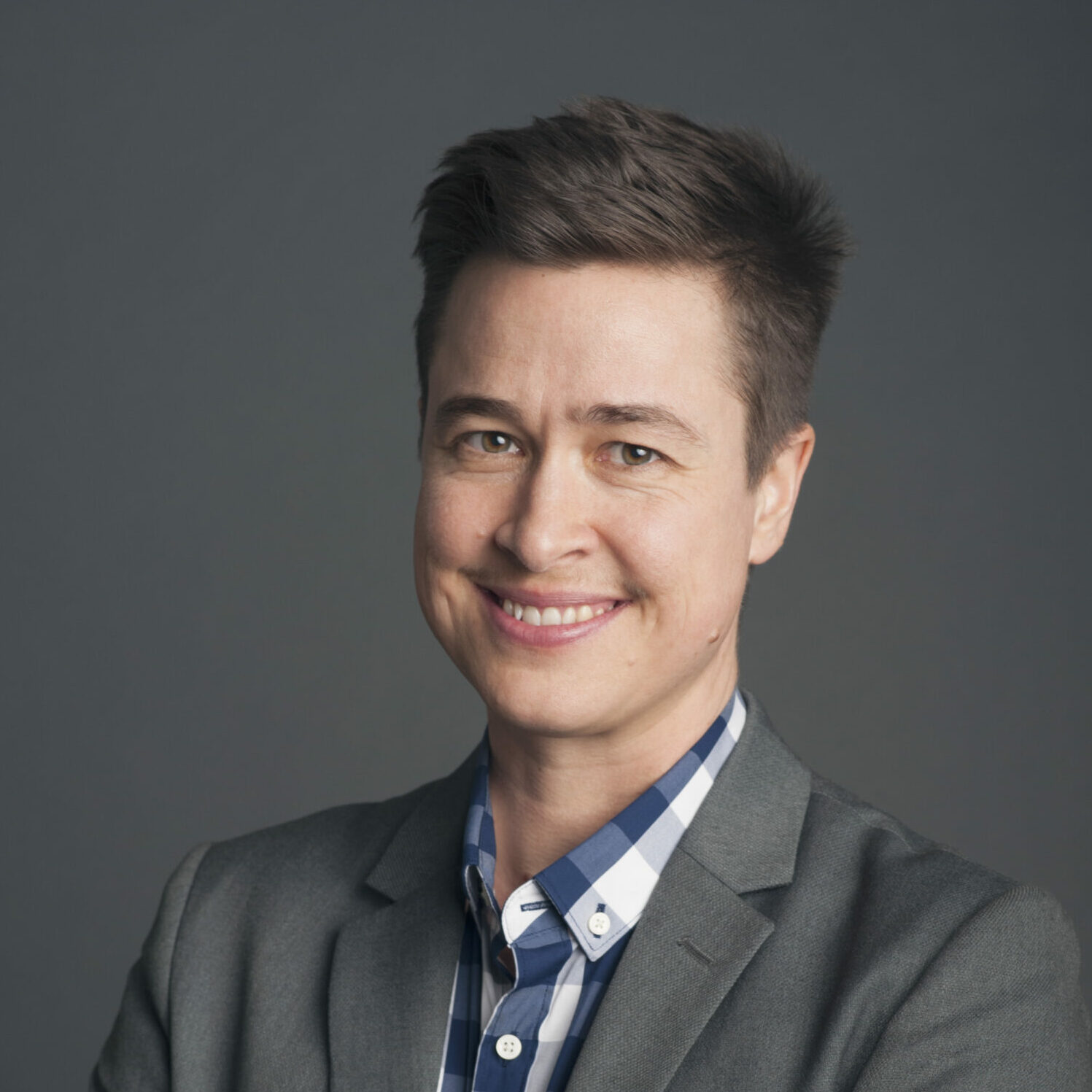 Kai Scott is president at TransFocus Consulting and has 15 years of experience undertaking multi-stakeholder processes related to complex social issues.

When Scott was a small child, he would survey people about what was going on in their lives, eager to ask questions and gather data. As he worked in the mining industry, examining its impact on indigenous communities, he was simultaneously figuring out his gender. “Once I pieced all the puzzle pieces together, and I understood myself to be a trans man, that unlocked all these things that had been tampered down, in terms of energy level, vision, insight, being able to connect with others, the long list.”

For Scott, who characterized himself as hesitant to start new things without knowing the landscape, the momentum of a volunteering project to make recreation more inclusive of transgender and nonbinary people showed him the demand and need for this work. He started a consulting agency based on the experience. “The world isn’t created for certain people, so it just requires creating your own thing or working with the existing structure to give it ease for some folks.”